Mike led an intrepid team of cyclists on a 32.5 mile peregrination on Tuesday, 23 June 2015. Starting in Portadown we caught the Enterprise to Belfast where we stocked up on freshly baked treats at a market stall in the station concourse. Then we set off over the Albert Bridge through East Belfast to “The Arches” where we joined the Comber Greenway. Following the Greenway for about 7 miles we arrived in the Square, Comber where we enjoyed lunch in the sunshine. After lunch we set off again past Castle Espie Wetland Centre and along the shores of Strangford Lough until we arrived at our destination, Mahee Island where we had visited the remarkable site of Nendrum Monastery, a Christian monastery which records suggest may have been founded as early as the 5th century AD. The monastery came to an end about 1,000 years ago, but its church served a parish until the site was abandoned in the 15th century. Some remains of the monastery, including the stump of its round tower and the world’s earliest known example of a tidal powered mill, can still be seen. Before leaving Mahee Island we enjoyed tea and scones in the sunshine at its beautiful Golf Club.

Our journey back to Belfast was fairly uneventful, but we missed the train we had hoped to catch and could only fit four bikes on the next train so Mike, Ian and Pat ended up spending one hour in Central Station before they could finally catch a train home, but it was a small price to pay for a great day out. 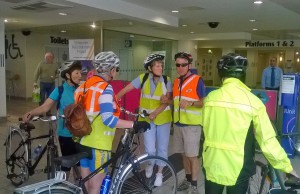 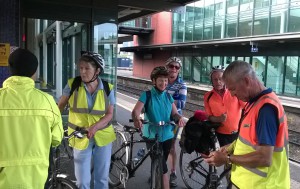 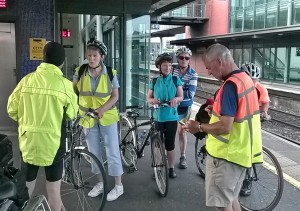 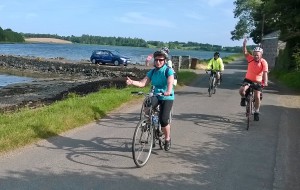 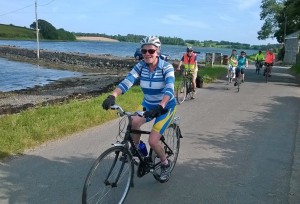 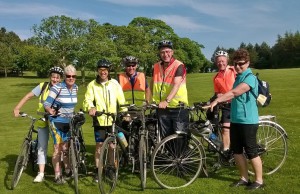 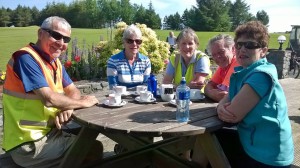 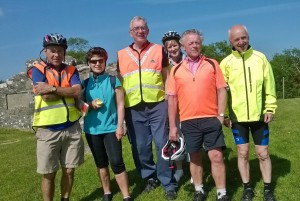 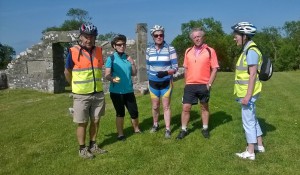 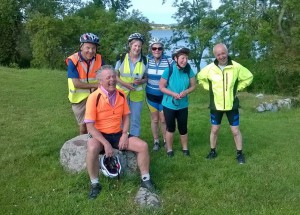 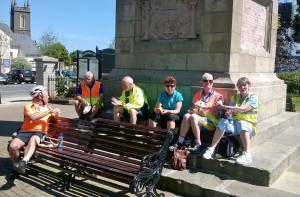 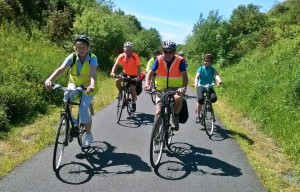 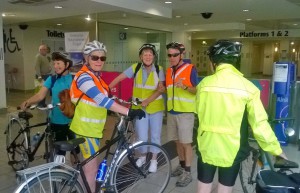